“Remember that reopening does not mean we’re going back to the way things were.  We go forward. New York City is reopening to a new normal. People will be wearing masks, people will be socially distanced.”

“The Danish Health Authority continues to consider that covid-19 cannot be described as a generally dangerous disease, as it does not have either a usually serious course or a high mortality rate.”

“The dangerousness of Covid-19 was overestimated: probably at no point did the danger posed by the new virus go beyond the normal level.  The danger is obviously no greater than that of many other viruses. There is no evidence that this was more than a false alarm.”

Without being melodramatic, COVID-19 is like the last nail in the coffin of globalization.  The 2008-2009 crisis gave globalization a big hit, as did Brexit, as did the U.S.-China trade war, but COVID is taking it to a new level.

Note:  All of stories listed below are included in this Update, but we have included links to the stories upfront so that you can quickly jump to a story if you want.

A. Our World As Seen Through Headlines

(In No Particular Order)

C. By the Numbers

1. Assessing Your Risk: Fatality Rates and What Causes Them 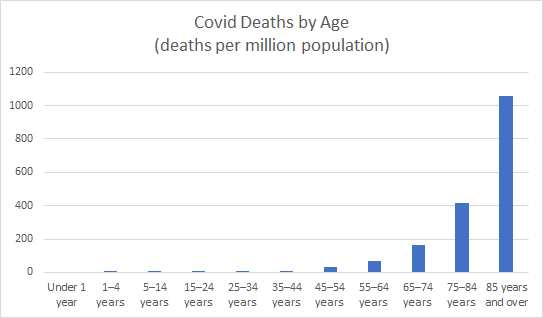 Figure 1:  US C19 Deaths (per million population) by Age 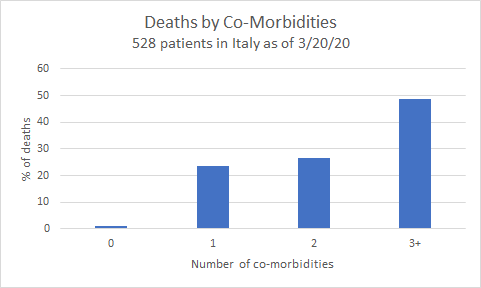 Is There Really an Age Effect?

Table 2:  Death rate, by age, among those without underlying health conditions

Table 3:  Death rate, by age, among those with underlying health conditions

C. Risk of Death from C19 vs. Normal Annual Risk

[Note:  While this is an interesting chart, we believe that it is comparing apples and oranges.   In our view, the real issue is how much more is the risk of death due to C19, which would be added to the normal death rate.]

Is it time to free the healthy from restrictions?

1. 10% of C19 patients with diabetes die within a week of hospitalization

Source: 10 percent of coronavirus patients with diabetes die within a week of hospitalization, new study finds

2. The nose could be the body’s entry point to infection

Note: The study can be found at:

Source: Coronavirus research updates: The nose could be the body’s entry point to infection

3. New Study Outlines a Roadmap for Effective Treatment of C19

1. Blood plasma is our best drug

Staving off the storm

1. It’s Not Whether You’re Exposed to the Virus, But How Much

Source: It’s Not Whether You Were Exposed to the Virus. It’s How Much.

2. Yikes! Saliva Droplets From Mild Cough Travel Up to 18 Feet

1. Immunity to Coronaviruses: Here’s What We Know So Far

[Note: the article can be found at The dynamics of humoral immune responses following SARS-CoV-2 infection and the potential for reinfection]

Source: Immunity to Coronaviruses: Here’s What We Know So Far

[Note:  The World Heath Organization has stated that there is not yet any proof that infection provides immunity.  While that is true, we tend to agree with the chief epidemiologist of Sweden, who said that we can infer that infection provides immunity because there are no known cases of anyone being reinfected, which would be highly unlikely if people could be reinfected.  However, it is still uncertain how long immunity lasts.]

1. C19 can cause debilitating long-term illness

Source: Will coronavirus cause long-term chronic fatigue in some patients? – The

2. Many remain afraid to go to a hospital over C19 fears

I. The Road Back?

By Father John I. Jenkins, President of the University of Notre Dame

Source: Opinion | Why Science Alone Could Not Tell Us Whether to Reopen Notre Dame

1. Flying during a Pandemic – What’s It Like and How To Reduce Risk